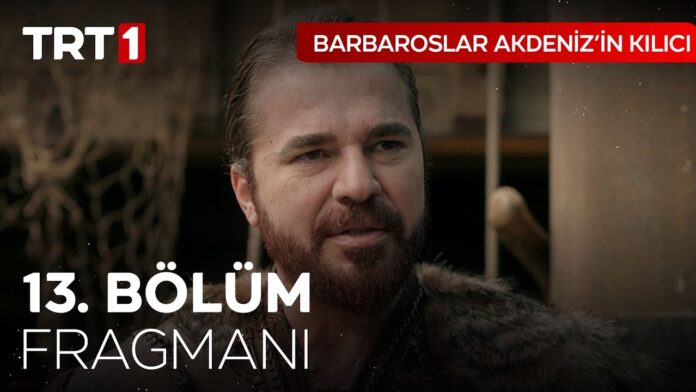 Emir says he will seize the gold and asks Oruj not to do anything about it. As the soldiers in Kalymnos are about to capture Ishaq, a man comes and saves him. This man is Piri Reis, who worked for the Ottoman Empire. Khizir asks his friends to stay calm and waits for the outcome of his plan. Pietro’s man goes to Oruj’s house, but Khizir’s friend catches him. Oruj learns that Pietro has captured Khizir and immediately goes to the forest. When the execution is canceled, Emir makes a plan and closes all the entrances to the city. Huma goes to the market to trade and starts talking to the traders.

Meanwhile, Oruj comes and attacks Pietro. Pietro realizes that he will lose the war and goes to south bay. Meryem catches Pietro and asks him questions. Pietro doesn’t answer her and starts asking other questions. Pietro runs away while Meryem thinks about her childhood. Dervish finds Meryem and goes with her to Oruj’s house. While Pietro’s men are taking the gold to the cove, someone attacks them. Huma buys silk from a merchant, but Emir’s wife tries to stop her. Oruj sees the dead men and realizes that something is wrong. Antuan and Pietro wait in the bay. Meanwhile, Sahbaz comes with the gold and talks to Pietro.

Oruj says he has to go to the bay to get the gold, but Emir says that he cannot go out within the borders of Alexandria. Pietro sets out to sea with chests of gold. Oruj sees that the gold is on the way with the ship and says that he will take revenge on Emir from now on. While Huma is waiting for the fabrics she bought to arrive, the merchant comes and tells her that something is wrong. Later, the Emir’s wife arrives and tells her that the merchant’s goods will never enter Alexandria. Huma once again argues with Firuze and draws her sword at her. Khizir goes to the library with Meryem, but cannot enter.

Ishaq then sends a message to Oruj about what he saw in Kalymnos. Oruj starts calling Sylvio to learn more about the balls that will go to Kalymnos. Sahbaz goes to the inn and says that he is now the new owner. Sylvio objects to him, but Sahbaz beats him. When Oruj goes to the inn, he sees Sahbaz. Isabel argues with Sahabaz but cannot take the inn back from him. Esther sneaks into the library with Ilyas and takes the book there. Pietro returns to Kalymnos with chests of gold. The leader of the Rhodes knights, Gladius, greets him and says he will now work for him.

Khizir gives Dervish’s dagger to him and asks him to reveal his secret now. Dervish says he worked for Sultan Mehmet years ago. Dervish joins the Sultan’s Italian expedition but changes his plan after he is poisoned. Dervish then tells what happened to him and says that he has found young people who will make Sultan’s dream come true. Shortly after, Esther arrives and gives the book to Khizir. Khizir and Meryem start working to complete the deficiencies of the secret book. That night, Sylvio goes to Oruj’s house and tells him that he wants revenge on Unita.

Oruj and his sailors go where Sylvio says. Unita’s soldiers attack Oruj but fail. Oruj learns that the cannons have already left the factory and are on a ship. Sylvio goes to church and starts praying to god, but Sahbaz arrives shortly after. Oruj attacks the ship with the cannons and captures it. Oruj then learns where the cannons will be delivered and goes there with the ship. Isabel sees her father’s lifeless body and realizes that it was Sahbaz. Oruj goes to the meeting place and asks Antuan where the gold is. Khizir and Meryem set off for Lesbos. Isabel goes to the inn to kill Sahbaz, but her brother stops her.