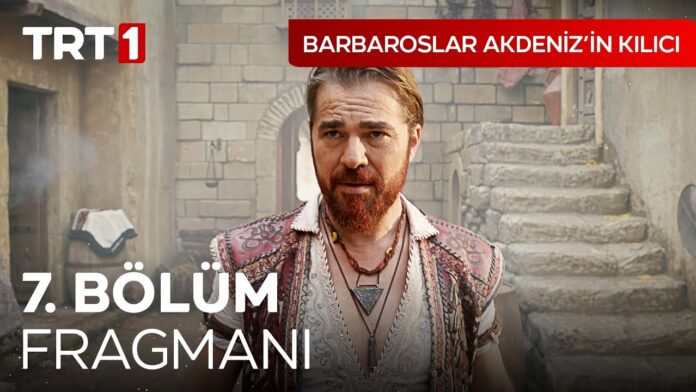 In the previous episode, The cannons on Antuan’s ship begin to fire at Oruj. Oruj immediately takes action to save the ship and asks his crew to fire back. Meanwhile, Radko stops Khizir in the forest and captures Esther. Sylvio says he will kill all the children in the orphanage, and Isabel agrees to return home. Antuan realizes that Oruj is trying to escape and tries to get closer to his ship. Jafer uses the fire on the ship to detonate the powder kegs. Antuan thinks Oruj is dead after this huge explosion and returns. Oruj recovers after the explosion and tries to save Ilyas. A Mamluk soldier is killed in Isabel’s inn that night by someone mysterious.

Sylvio tells Isabel about the man killed in the inn and asks her not to talk to Oruj anymore. Oruj and his friends come to a deserted island. Oruj realizes that Ilyas’s wound is serious and immediately takes action to save him. Pietro learns that Radko has found the book and is very happy. Oruj makes a fire with the bushes he finds and tries to cauterize Ilyas’ wound. Ishaq goes to Sylvio’s office and harshly warns him. Golem tells Isabel that the murdered man is secretly trying to open a shipyard at Alexandria. Khizir goes to the inn and asks Isabel for help, but this plan fails.

Pietro starts asking him questions and realizes that Antuan did not see Oruj’s dead body. Pietro asks his soldiers to find Oruj’s body. Some vagrants who come to the inn disturb the women there and a fight begins. Radko tries to question Esther and asks her about the book. Sylvio learns that the ship he sent with Oruj has disappeared and gets very angry. That night, Oruj sets out to find the barrels on the ship and goes to the sea. Khizir is very angry that he lost the book and starts asking Dervish questions. Dervish says everything is normal and then Khizir goes to Oruj’s house.

Sylvio tells Isabel that the ship they sent to Thessaloniki was attacked by someone. The next morning, Oruj has a dream. Oruj goes to war with his friends but feels bad. Oruj then sees someone carrying the flag of conquest and starts following him with his horse. Oruj realizes that this man is Fatih Sultan Mehmet and starts talking to him. Fatih asks Oruj not to lose hope and to keep trying no matter what. Oruj soon wakes up and wants to build a raft using the trees on the island.

Isabel tells Khizir that Oruj’s ship has been attacked. Khizir thinks Oruj and Ilyas are still alive and asks Isabel for a ship to search for them. Isabel says it is not possible to give Khizir a ship and apologizes to him. Pietro tries to get Esther to talk, but can’t learn anything from her. One of Oruj’s friends tries to kill Jafer, but Oruj stops him. As a last resort, Khizir goes to Kilic’s house and tells him what happened to Oruj. Kilic says he will help Khizir and asks him to calm down. Sahin learns that Oruj’s ship has been lost and tries to hide this information from his father.

Oruj looks at the birds around the island and thinks there might be an island nearby. Oruj and a few sailors swim to find an island. Kilic goes to Oruj’s house with Khizir and starts talking to Ishaq. Giovanni checks Esther’s condition at the dungeon cell. Dervish learns that Khizir went to look for Oruj and says everything will be fine soon. Khizir takes Kilic’s ship and starts looking for Oruj with Sahin. Oruj finds a small ship in the sea, but these men attack them. Oruj stops the attackers and returns with their ship to retrieve Ilyas. Khizir finds the villagers that Oruj rescued earlier are searching for them.

When Sahin reaches this village, he finds Jafer’s man. Jafer’s man asks Sahin to save him and threatens him. Sahin punches the man to not expose his previous plan he made with Jafer and starts arguing with Khizir. Sahin says the man lied and sets out to sea again to look for Oruj. Oruj returns to the deserted island with the small ship he found and asks his friends to prepare for the voyage. Meanwhile, a group of pirates comes to the island and starts attacking Oruj. Despina blames Isabel for what happened to Oruj and goes to the inn to argue with her.