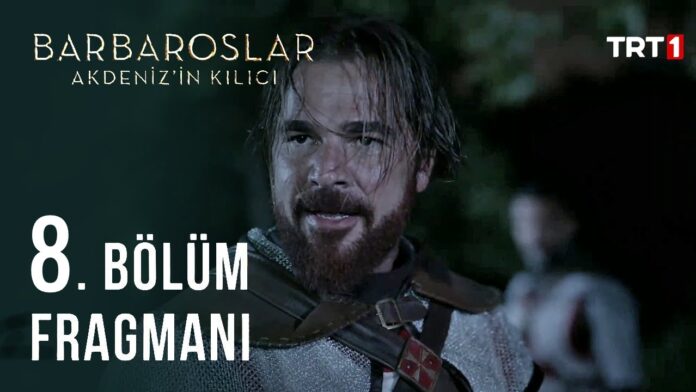 In the previous episode, The pirates suddenly came to the uninhabited island and started attacking Oruj. While Oruj and his friends were trying to defend themselves, Khizir arrived on the island. Despina had an argument with Isabel about what happened to Oruj, and she later passed out. Ishaq went to Asiye’s house and told her the situation. After killing the pirates, Oruj set out to return to Alexandria in Kilic’s ship. Asiye gave Despina some medicines. Oruj thanked Sahin for coming to save him. Pietro learned that the pirates who went to the deserted island could not kill Oruj and became very angry with Antuan.

Oruj then took Jafer to Sylvio’s office and was angry at what had happened to him. Sylvio asked Oruj for the money for his sinking ship. Oruj said he would pay his debt no matter what and went out to find the money. While Ishaq was buying some herbs to heal Ilyas’ wounds, he saw Yorgo in the market and tried to catch him. Oruj told Isabel that he had spoken with Sylvio and said that he would find a job outside of Alexandria. Pietro asked Esther questions and brought a snake into the dungeon to make her talk. Esther tells Pietro that he needs Oruj to solve the mystery in the book.

Isabel asked Oruj not to leave Alexandria because she needed Oruj to gather more information about Unita. While Oruj was considering this offer, Isabel gave him a large bag of gold. Oruj took these gold coins to pay off his debt to Sylvio and said he would pay back his debt to Isabel no matter what. Oruj went to Sylvio’s office that night and paid his debt to him. While Isabel was talking to Oruj at the inn, Pietro arrived there in a different guise and began talking to them. Pietro said that he was very excited to meet Oruj and that he would meet with him once again.

Later, homeless children came to Dervish and Pietro had to leave. Oruj began to eat that night with all his brothers. Pietro started watching Oruj from the roof of a nearby house. Pietro remembered things from Dante’s book and then started talking about his sister, whom he had lost years ago. Pietro gave up on killing Oruj and devised a plan to capture him alive the next day. Sylvio read the secret letter sent by Unita and said that he would now start their plan to control all Muslims.

Pietro set his trap in an alley and waited for Oruj to arrive. A few bandits stopped Oruj and attacked him. Soon after, Dervish came and helped Oruj. Oruj said he needed a ship or a job to get to Kalymnos. Dervish gave him a piece of advice to help Oruj. After what Dervish said, Oruj went to Kilic’s house. Oruj thanked Kilic for everything. Kilic said that he could give Oruj a job, while Oruj asked him for a ship. Sahin objected to this situation, but Oruj said that this job is very important.

Khizir immediately went to the port and sailed with Oruj. Sahin secretly spoke to Jafer and told him that he had a new plan. On the way to Kalymnos, Oruj told all the sailors on board that they would take the book and Esther no matter what. Pietro secretly returned to Kalymnos and said that Dervish was keeping a secret. Yorgo gambled at the inn on the gold he got from Despina and lost all his money. Oruj and his soldiers secretly came to Kalymnos. Radko realized that this was a trap and wanted to inform Pietro immediately. Oruj started to move towards the inside of the castle step by step.

Oruj accepted what Khizir had said and continued to implement the plan. Khizir continued to wander the castle and found Giovanni’s room. Khizir showed the letter written by Zeynab to the doctor and asked him to tell me where Pietro’s room was. Pietro realized it was a trap and immediately went to the dungeon, but the bombs Khizir had planted began to explode. Pietro saw Esther escape and immediately set out to go back to his room. Oruj went to the escape point with the horses he took from the stable. Khizir and Niko searched all over the room but couldn’t find the book.