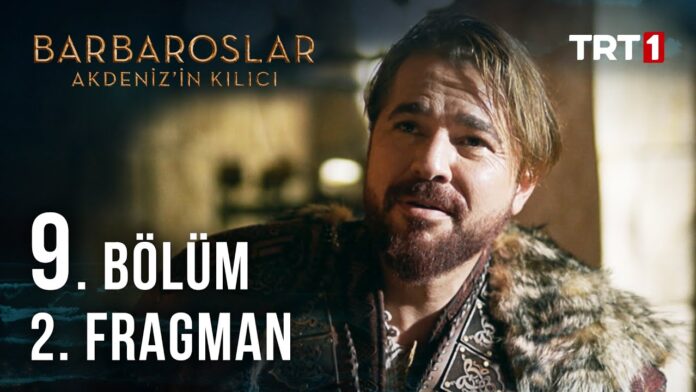 In the previous episode, Pietro returns to his room to check the book, thereby stopping Khizir before he can escape. Antuan and Radko attack Oruj. When Niko is injured, Khizir escapes without the book and tries to save his friend. Oruj runs away from Radko and starts looking for Khizir. As Ishaq is about to kill Yorgo, Despina hits him on the head and knocks him out. Khizir tries to hide all night and goes to the forest on the island. Oruj sees his brother and saves him from the soldiers. Pietro realizes that Oruj escaped with Esther, but he does not follow them because he still has the book.

Pietro plans to go to Alexandria and talk to Sylvio. Oruj returns to Alexandria shortly after, but Sahin blames him for what happened to the ship. Kilic says Oruj’s attack on Kalymnos was a mistake and warns him. Pietro’s men try to kidnap Hamza, but Zeynab alone stops these men from coming to the orphanage. Dervish goes to Oruj’s house soon after and tries to talk to Esther. Dervish says this girl is not Esther they are looking for and this makes Khizir very angry. Ishaq tells Oruj that he saw Yorgo in the market and asks him some questions.

Isabel says that Oruj’s attack on Kalymnos was not welcomed by Unita. On his way to the inn for drinks, Pietro sees Oruj and talks to him pretending to be a merchant. Pietro then listens to a woman singing in the inn and remembers his sister. A short time later, Sylvio arrives and tells him that he learned where Abu Muhammad is. While Oruj and Khizir are talking about how to get the book back, Dervish arrives and explains the importance of Abu Muhammad. Oruj realizes that they need to find Muhammad as soon as possible and immediately starts looking for Hayrabay.

Some attackers attack Oruj and try to stop them. Meanwhile, Radko catches Muhammad and executes Oruj’s friends. After Oruj kills the attackers, he sets off again and goes to Hayrabay’s base. Oruj sees that Muhammad has already been kidnapped and some of his friends have been killed. Oruj gets angry with one of his men and performs the funeral of the martyrs. Oruj later realizes that Jafer is guilty and goes to the inn to make him talk. Sylvio tries to stop Oruj. Pietro takes Muhammad to his ship and tells him that they will be in Rome as soon as possible.

Oruj visits Hayrabay to ask for help but realizes that he can’t get any help from her. Oruj later learns that Jafer took the gold from Yorgo and immediately goes to his house. That night, Oruj asks Despina some questions about Yorgo and realizes that she is lying. Despina apologizes many times, but Oruj does not forgive her. Isabel sends a secret message to Oruj and tells him that she learned something very important about Unita. Diego tries to warn Pietro before he leaves for Rome. The next day, Isabel says that Unita will send some warships to Karpathos and then to Rome.

Pietro talks to the Christian soldiers and says that when Sylvio’s ships arrive, they will go to Rome as quickly as possible. Meanwhile, Oruj’s soldiers come out of the forest and begin to attack with arrows. Pietro says that it is foolish for Oruj to attack with a handful of soldiers and starts the counterattack. The war between the two groups continues fiercely. Oruj realizes that the number of Christian soldiers is too large and tells his friends to take a defensive position. Burak says that the Ottoman Empire will not forget what Oruj did. Khizir wounds Pietro and throws him from the ship into the sea.