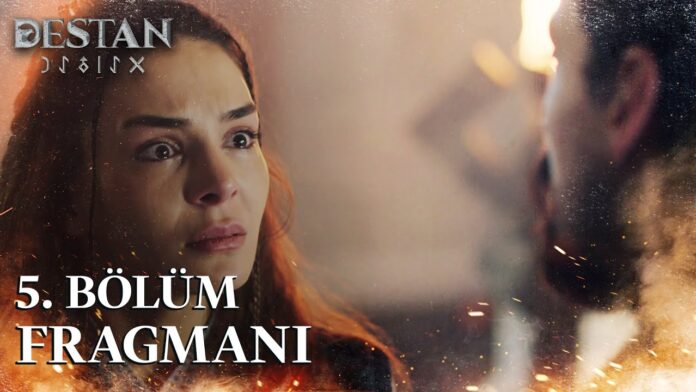 Batuga starts to make the key of the room to help Akkiz. Akkiz calms Sirma down that night and tells her that they will be free soon. Ece gets up early the next morning and starts praying to God. Ece then starts talking about the upcoming celebrations. The old servants of the palace try to mistreat the new slaves, but Akkiz stops them. Batuga makes a key to open the door of the room all night and then takes action to give it to Akkiz. When Batuga is about to give the key to Akkiz, Temur comes and says Alpagu wants to see him.

Soon after, Batuga arrives and Alpagu wakes up. Alpagu says his condition is good. Alpagu says that Balamir has very good relations with other tribes and asks his sons to establish good relations with the Beys. While Akkiz is working in the kitchen, Ilay comes and attacks her. Akkiz beats the old servants, but in the meantime, Yibek arrives. Yibek asks the soldiers to catch the new servants. Akkiz’s friends try to enter the city as merchants, but the soldiers do not let them in. Yibek then tells Ece what happened in the kitchen. Ece says that the slaves will be punished, but Akkiz attacks the soldiers in the meantime.

Akkiz’s friends seize a slave-carrying car and kill the merchants. Yibek takes the slaves to the dungeon. In the meantime, Tutkun talks to Calayir and asks him to go somewhere. Kun pretends to be a slave trader and manages to enter the city. Akkiz starts talking to her friends and says that there is a tunnel in the dungeon. Akkiz then tells them that they need to start working to open the entrance to this tunnel. Tutkun starts asking questions to Akkiz, but later says that she believes her. Temur and Kaya want to gather information about the two-headed wolf’s claw.

Colpan gets angry with Saltuk and says she only lives for revenge. Saltuk says Calayir will come soon. Calayir goes to a spice shop, and the spies there take him to Colpan. Calayir is very surprised by this, but when he sees Colpan’s gold, he calms down. When Batuga returns to his room, he sees Gunseli there. Gunseli says she is very upset because she can’t have a baby and starts to cry. Ece takes the shaman out of the dungeon and asks her to cast a spell on Alpagu. Ece then goes to the garden of the palace for tea and calls the other brides.

Gunseli says that everyone except Akkiz has lifted their punishment. After a while, Batuga arrives and opens the entrance to the tunnel in the dungeon using a crowbar. Alpagu’s soldiers go to the city and announce to everyone there that the engagement celebrations will begin soon. Yaman says that he will participate in the archery competition and that he will try to save Sirma in this way. Batuga gives Akkiz something to eat and realizes that she is still angry. Akkiz blames Batuga for being a slave. Batuga says he saved Akkiz’s life and goes with her to the exit in the tunnel. Batuga says it will take a long time to open this exit.

Alpagu goes to the entrance of the palace and talks to his sons there. Alpagu says they will have a big engagement celebration soon, but Balamir says it is not necessary. Alpagu tries to anger Balamir and thinks that he will make a mistake. Kircicek once again asks her father for help and tells him that he must kill the people in the palace. Balamir does not tell his plan, but Kircicek realizes that her father will do something. Kaya and Temur talk to Saltuk. Together with Tutkun, Calayir delivered drinks to the Tegins. Tutkun makes a mistake during this time and later gets angry with Calayir.