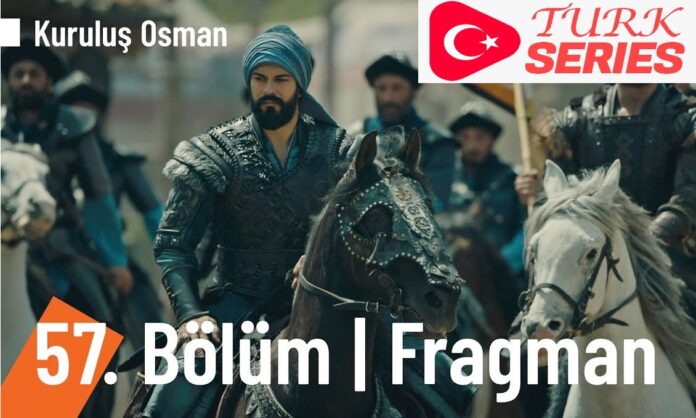 In the previous episode, Osman and his enemies are fighting a very tough war against each other. Malhun and her soldiers are also with him. Byzantine soldiers realize that they are losing the war. Kalanoz runs away from the forrest but Savci goes behind him. Kalanoz attacks Savci and stabs him. Osman finds his brother injured and then he captures Kalanoz. Nikola is very angry as they lost the important war. Gunduz helps Savci but he says that the father is waiting for him and dies. Kalanoz gets what he deserved.

Osman is very sad about the death of his brother. Umur is very furious with Malhun as she took part in the war. He says now his relation with Nikola is at stake. Lena Comes out of his tent when Osman and his soldiers arrive. Lena begins to cry after watching the dead body of his beloved husband. Osman announced that there would be no celebration of the victory. Malhun talks with her father about the war. She tells her father about Savci’s death. Umur leaves for the funeral of Savci. Sheikh Edebali says that Savci has served for a long time and he was fighting for Islam.

Osman tells Gunduz that he made a secret deal with Togay.  Osman followed the instructions given by the head of white-bearded men. Bala tells Osman about Lena and Gunduz. Gunduz says that Togay will demand his tax very soon. Nikola tells new soldiers to prepare for the war. Umur gets the information that Osman has made a deal with Togay. Bamsi decides to put an end to Petrus’s life. He stabs Petrus for his crimes. Osman arrives at Mongol base for a meetig. Osman demands peace in the land conquered by his father. He tells Togay to stop Nikola from attacking Umur. Umur gets angry at Osman but says that it’s a game.

Togay talks with Inegol that he is the supervisor of the border area. Togay tells Nikola that to stay away from Osman and the other Turks living in the nearby lands. Nikola says that ita a game but Togay doesn’t realize. Umur tells Malhun to leave towards Enguru. Umur apologizes to Nikola and says that he wants to trade. Malhun arrives at Osman’s tent. She tells him that his father has sent her to Enguru. Osman tells Malhun not to leave the plan as he knows that the situation is very critical and Nikola can attack.

Osman talks with Umur. He says that it’s not fair to send Malhun to Engur. Umur says that her daughter did everything without his permission. He says he cannot end trade with Nikola. A soldier arrives at Umur’s tent and tells that Nikola killed their soldiers in the caravan. Osman says that now Malhun will not leave this place. Mongol soldiers arrive at the plain and ask for the taxes. Osman brings the chests of gold and asks the soldier to take them. Osman beats the soldier when he touches them. Osman orders him to go away and tell Togay that Turks will not pay taxes to anyone.