We have some bad news for Sheikh Edebali fans that as Seda Yildiz who was playing this role, had recently shared his post to share information about his future role in drama. 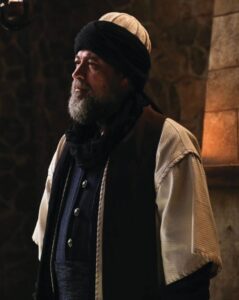 He exclaimed that he had given life to Sheikh Edebali character which is the powerful person in building Ottoman Empire in the last season of Tv serial Kurulus Osman. He shared the requirements of his role and said that this historical character needs seriousness and responsibility by the actor. He said that he played this character with love and pride and spent all his energies to portray the amazing man in best way.

As new season is on its way of preparation, he met with production team and was told that they are not planning to convey Sheikh Edebali’s character very prominently in upcoming season or in the future series. Therefore he got the idea now that this historically significant character is going to loose its importance which he doesn’t deserve. In future series it is going to become more weak and insignificant.

Hence, he decided to finalize and announce the role of Sheikh Edebali in TV series Kurulus Osman. In new season, you cannot see him playing his role. He expressed his gratitude and love to colleagues, audience, viewers, followers and his country for support and appreciation from beginning to end of Turkish TV series. He thanked viewers for everlasting love and hopes to see all the audience in his upcoming projects.