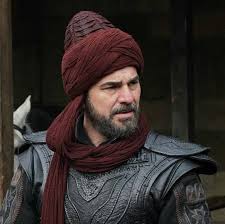 It was the known fact that the Ertugrul  felt deepest affection for his wife. He fathered four sons and at ninety years old he died the natural death. During his last ten years, he transferred all the responsibilities of tribe’s leadership to Osman Ghazi who was the youngest son and spent the quite life in his tribe. Osman Ghazi minted coins of his father and that is the proof found in history which identifies Ertugrul  as father of Osman but apart from that only his folk tales are known.

You can find historical background of Ertugrul Ghazi in Turkish archives, inside chronologies of Ibn Arabi, within western archives regarding Templars, in some Byzantine’s chronologies and also in some legends. But according to Engin Altan Duzyatan, the information comprises only of seven pages from sources. The actor expressed that he was privileged to portray the character of legend Ertugrul Ghazi. In historical background of Turkey, Ertugrul  was the first man to leave nomadic lifestyle and established the Ottoman Empire that ruled for six centuries.

It is known that he was buried inside the city of Sogut in 1280 CE. The graves of Hayme Hatun, Halime Hatun, his sons, Osman, Gunduz, Savci, Saru Batu, Dundar Bey his brother, Abdurahman Alp, Samsa Alp, Turgut Alp and those who reached Sogut with him are around the tomb of Ertugrul . The others whose graves were not found there, died while being on the journey.