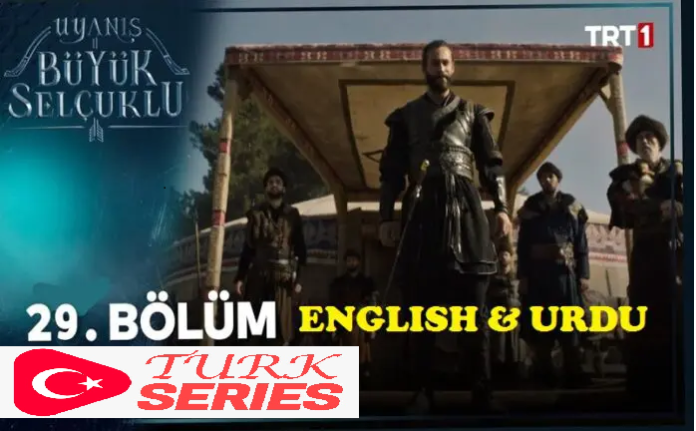 Sanjar plans to go back with his mother. Basulu tries to talk to Sultan but he denies it.Sanjar, Basulu and Nizam return to the plain. Hassan talks with Tekish and tells him about Basulu and Sanjar. Hassan plans to attack the Sultan with the help of Turan. Malik Shah asks Khayyam that why he lied to him. Malik shah leaves the palace and goes to the place where BasulI’s grave was made. Malik Shah is very angry that how the people around him lied to him.

A little girl and his mother ask Melij Shah for help. He promises the girl that he will avenge his father. Sajjad tells Turna the secret that he is the son of Malik Shah. Malik Shah brings the girls to the palace and tells Zubeyde to raise them. Melik shah calls the meeting to decide the fate of Nizam and Sanjar. Mitras and Hassam are planning to use fire to defend Shalamzar. The meeting starts at the palace. Tajul is very angry as he accuses Nizam of playing games behind the Sultan’s back.

Turan also tells that Nizam must die but Sultan says only he has the right to decide and order. Turan says that he will join dynasty members if Sultan does not order the killing of Nizam. Sultan asks Zubeyde why she didn’t tell her the secret. Turan arrives at the plain. Sanjar tells Nizam to remain in the tent. Turan warns that he would kill Nizam otherwise he would burn the tents. Sanjar warns Turan, Sanjar kills one soldier of Turan as he tries to touch Turna. Melik Shah arrives at the plain. Sultan gets furious at Turan for his actions.

Mitras is doing arrangements to make Greek fire. Malik Shah orders that Nizam will no longer have any role in the government dealings. Sultan orders that Basulu and Sanjar will live in the plain. Malik shah orders to start preparations to attack Shalamzar. Sultan gets the information that Mitras is preparing to make a Greek fire. Terken shows her concern that she is worried about the dynasty.

Sanjar and Tapar go on a new assignment. They see a group of merchants going towards Shalamzar. Sanjar searches their vehicles and finds flammable materials in the car. Sanjar and Tapar dress as merchants and easily enter Shalamzar but in the end, Hassan captures them. Turan kidnaps Nizam as he was wandering in the city.